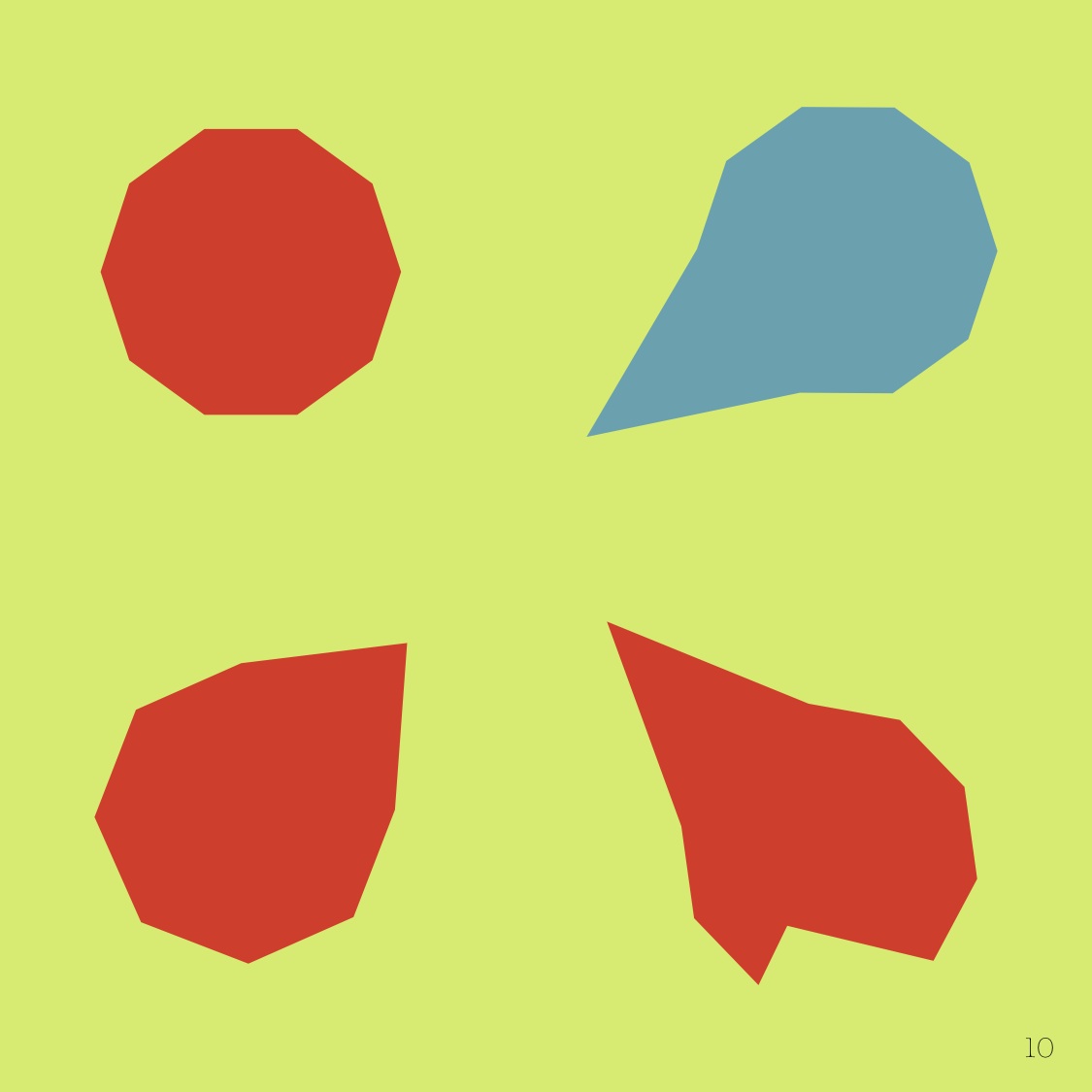 This was one of my first Which One Doesn’t Belong? sets. Having had the basic kernel of the idea, I asked people on Twitter to imagine a shape, and then tell me four characteristics of the shape.

Someone told me they were imagining a shape that…

Each of the shapes in this set has three of those four properties, so each doesn’t belong because of the property it is missing. Maybe you (and your students) have other reasons for some of these shapes not to belong?