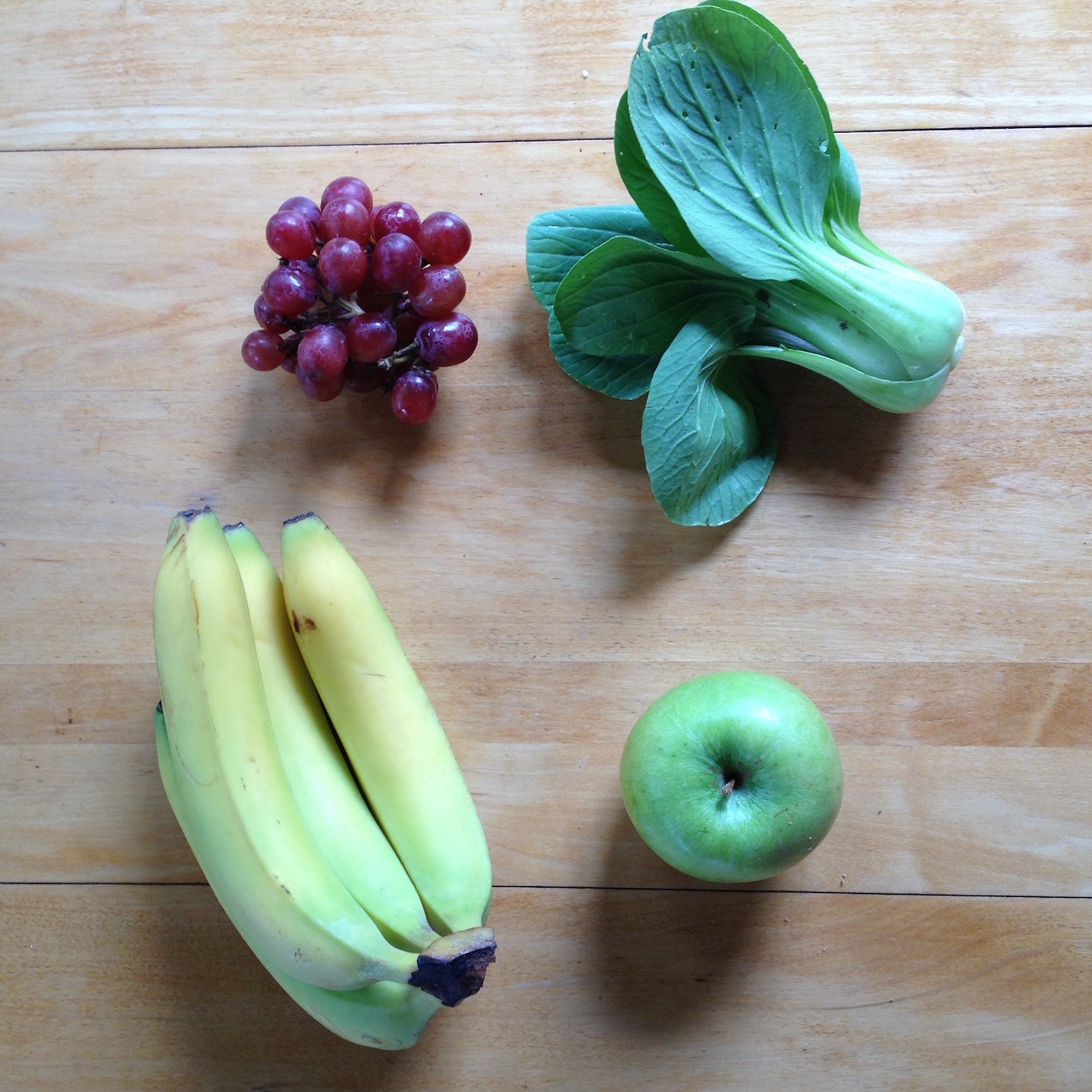 A few years back, I worked with TED-Ed to make a video about units. That video combined with Which One Doesn’t Belong? led to this set.

What’s the connection? The apple in the lower right is the only one that is just one thing, not a group of things. A bunch of bananas. A bunch of grapes. Even the bok choy is made of a bunch of leaves. But the apple is just one.

Each of the others has a reason not to belong too, though. What do you see?