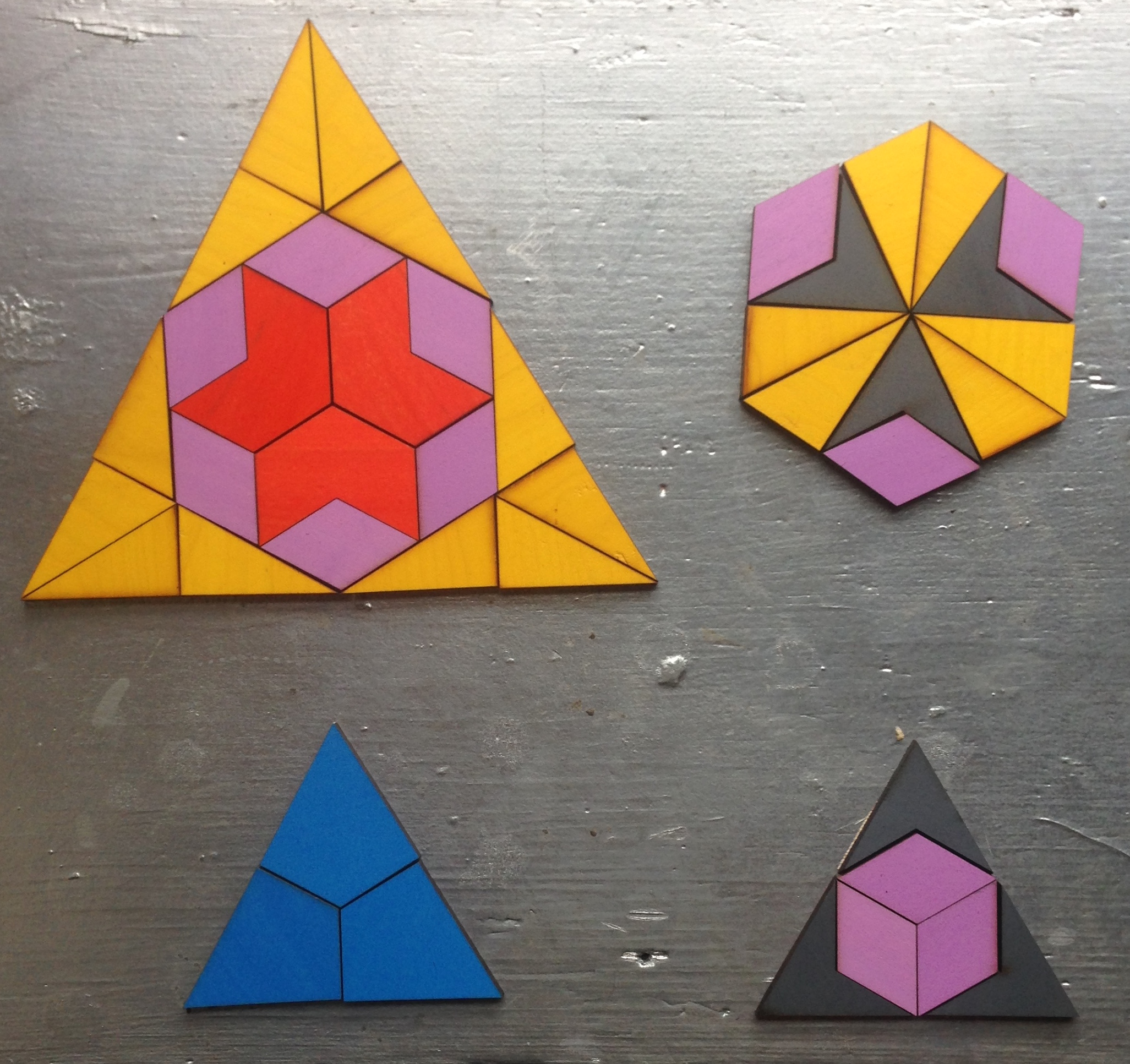 I have been playing around with some new tiles, which I’m calling 21st Century Pattern Blocks—an update of the original Pattern Blocks that are so well known and beloved in American classrooms.

Whether the originals or the updated versions, Pattern Blocks are great tools for composing and decomposing shapes. So this morning I was thinking about composing equilateral triangles and hexagons. Some surprising combinations began to jump out at me. For example, the dented grey quadrilaterals in the triangle at lower right appear as larger, composed, yellow versions of themselves at upper left.

What other relationships do you see here?  What compositions do you or students make with Pattern Blocks? I’d love to see them! Share your ideas and questions on Twitter (@Trianglemancsd or #wodb).